The current estimate of total biogas capacity in New Zealand is around 57 MW or 4.7 petajoules (PJ) from 31 key biogas generation sites. The majority of this is used for electricity generation. An additional potential capacity of 6 PJ a year, using existing waste material, has been assessed. This is equivalent to about 7 percent of the current national natural gas consumption used for electricity production.

The potential capacity could come from:

Biogas can be a renewable substitute for natural gas and is suitable for use in homes and businesses for cooking, heating, electricity generation and transport. Biogas can also be used on a small scale, such as a pig farm, for heating.

It is also a potential substitute for significant amounts of petrol and diesel. At least five percent of New Zealand's current transport fuel needs could be met with biogas from municipal and rural waste (it can be used directly in diesel engines). It has many benefits, including being carbon neutral.

Biogas can also be used directly as a fuel in a number of different types of plant such as reciprocating gas engines, mini-gas turbines, fuel cells, Stirling engines (a heat engine that operates by cyclic compression and expansion of air or other gas) or by direct combustion in boilers or other combined heat and power plant. Biogas can be upgraded to ‘natural gas’ quality and fed into a local utility network.

There are currently 11 municipal bio-digestion wastewater treatment plants able to process sewage sludge in New Zealand. A number of others could be upgraded for greater biogas production.

Co-digestion of industrial and trade waste materials could bolster New Zealand's current biogas production from around 0.5 PJ to up to 3 PJ. This would also ensure the plants generate enough electricity to export to the grid, providing an income stream for councils. 1 PJ of biogas produces 97.2 million kilowatts (kWh) of electricity, which is enough to power 8500 households.

The capture and combustion of biogas from existing, natural or man-made sources also reduces emissions of methane, a potent greenhouse gas. 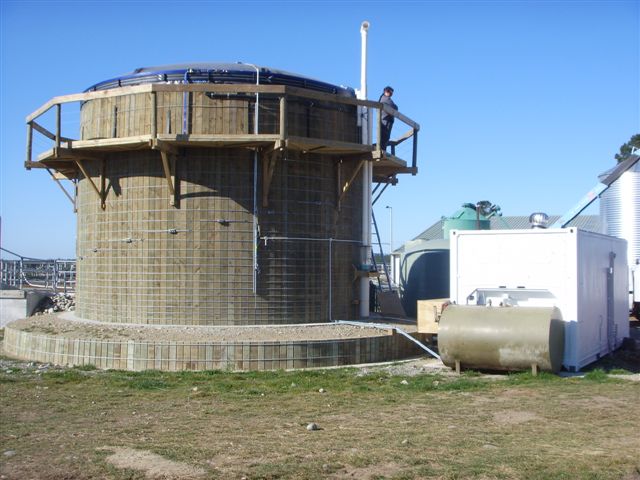